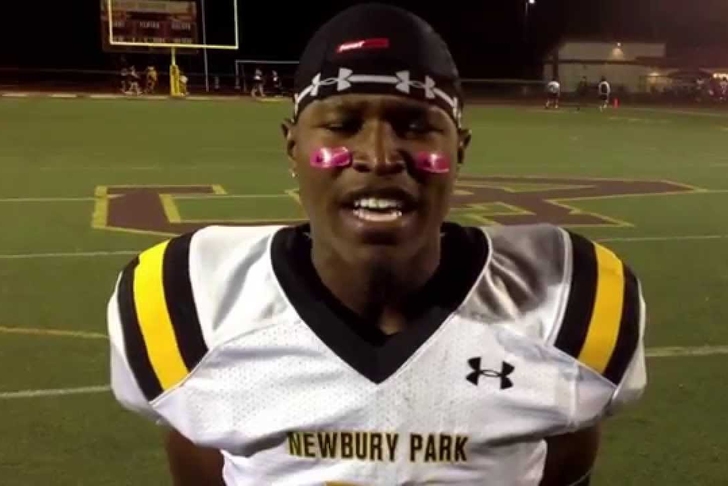 2017 five-star Newbury Park (CA) athlete Darnay Holmes is one of the most coveted players in all of his recruiting class, and it's very possible that Nick Saban and the Alabama Crimson Tide could have the inside track to land him in the somewhat-near future.

Holmes sat down with Nick Saban during a recent visit to Tuscaloosa, and he came out of it blown away by the depth of his conversation with the legendary coach.

“It went great,” Holmes said, via 247Sports. “I had a deep talk with Coach Saban, he talked a lot about how he looks for guys that are disciplined, how if we see something that’s wrong we’re going to do something to make it right.

“He’s the type of coach that’s going to set you up for success, he’s not going to put you in harms way. He emphasized life after football, and how it’s important to get your degree, so you can succeed in life and not just football.”

Ranked as the #6 athlete in the Class of 2017 by 247Sports, the 5-foot-11, 180-pounder has an acute understand of Alabama's football history even though he's a West Coast kid.

"To me it’s all about their tradition,” he said. “When you think of Alabama, boom, right off the bat BCS Championships. The fact that they are always in the hunt and will probably always be making the playoffs, is something that really stands out to me.”