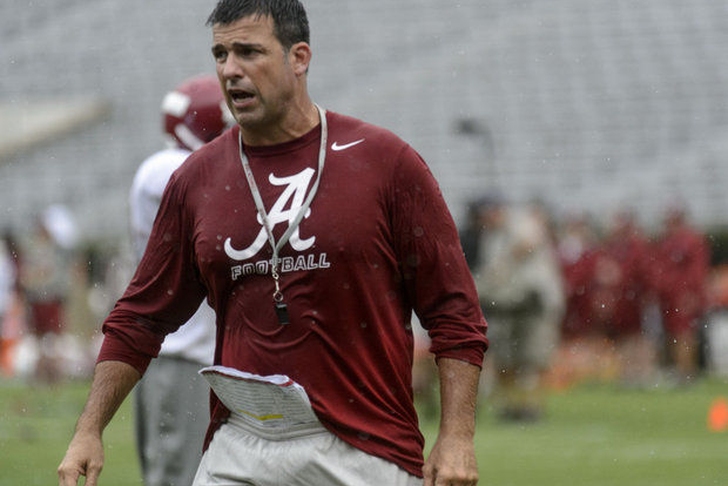 The Alabama Crimson Tide are on the lookout for top Class of 2016 offensive linemen, and they may have uncovered a hidden gem in New York OT Charles Baldwin.

Baldwin is a relative unknown on the recruiting circuit, but his size (6'5, 305) and his dominance against JuCo competition clearly caught Mario Cristobal's eye. Baldwin played mainly at right tackle for ASA Junior College in Brooklyn, NY this past season.

Baldwin could improve his reaction time, but there was little else to complain about in the tape we watched. He moves his feet well, has excellent balance, and rarely lets his man get away once he engages. While it's impossible to forecast how he'll do after stepping up from New York JuCo games to the SEC, he has the physical tools and raw potential to compete for a starting job pretty much anywhere.

Baldwin also has offers from Miami, Virginia Tech and UConn. He isn't rated by any of the major recruiting services at the moment, but we'd expect that to change in a hurry as more offers start rolling in.