Alabama Football Recruiting: As Damien Harris Prepares To Make His Pick, Alabama Has All The Momentum 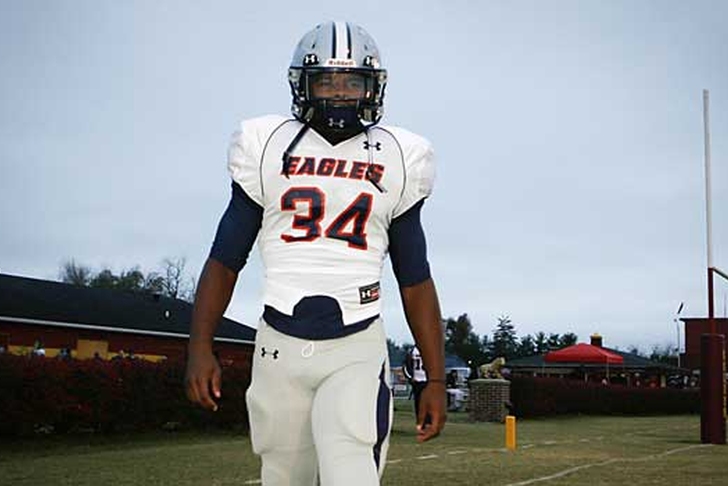 Five-star running back Damien Harris (the #2 RB in the class of 2015) will announce his final decision on Friday, with Alabama, Ohio State and Kentucky the remaining contenders for his signature.

Harris, who attends Madison Southern in Berea, KY, originally committed to the Michigan Wolverines back in the summer of 2013. He de-committed last January, though, and quickly became one of the most sought-after recruits in the nation. While Ohio State started out as the early leader, Kentucky and Alabama have made a strong impression over the last few months, with the Crimson Tide using their other high-profile commits to build momentum.

Over the last two days, 23 recruiting analysts from 247.com have either made or changed their prediction for where Harris will commit...and all 23 are picking Alabama.

Harris will make his decision at 1:15 p.m. EST on Friday, and the announcement will be streamed live by both the Louisville Courier-Journal and AL.com.

Harris was reportedly leaning towards Kentucky until recently, and several analysts mentioned the recent Under Armour All-American Game - where he was seen almost exclusively hanging out with current Alabama commits - as what changed his mind.