Alabama Football News: What Does The Future Hold For Lane Kiffin In Tuscaloosa? 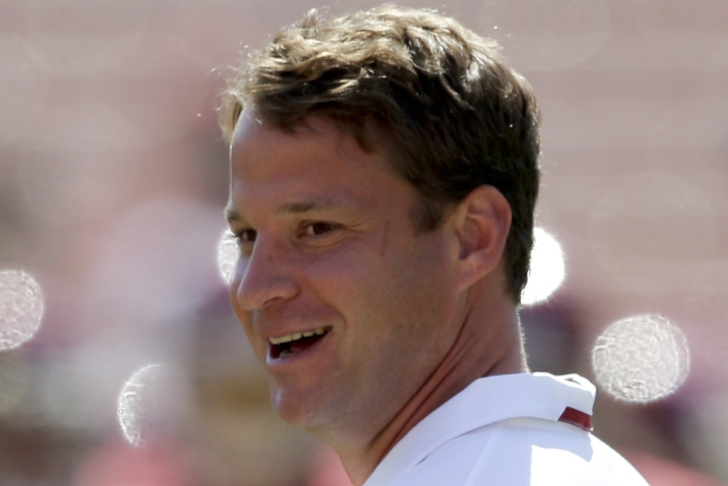 In this Alabama football news update, one AL.com writer believes that Alabama Crimson Tide offensive coordinator Lane Kiffin could be making an early case to succeed head coach Nick Saban down the road.

Here's Kevin Scarbinsky with his take on Kiffin's potential future in Tuscaloosa:

Saban’s not retiring to the lake anytime soon, and Kiffin has yet to help beat Ole Miss or Mississippi State, let alone Auburn, so this entire discussion is premature food for thought. But think big picture. It’s reasonable to project that the longer Kiffin stays at Alabama, the more success he’ll enjoy, the more his past mistakes as a head coach will recede and the more interest he’ll receive to run another major college program.

One day, that interest may even come from the program that employs him now.

Sound crazy? One month into his tenure as the starter, one game into the SEC schedule, Sims has outdone Namath, Jay Barker and AJ McCarron in the Alabama record book. So crazier things have happened in Tuscaloosa than AD Ozzie Newsome stepping to the podium on Jan. 15, 2020, and introducing the next head coach of the Crimson Tide ... Lane Kiffin.

While it's premature to project the program's future based on a single month, the fact that the offense has set a program record for total yards over the first four games of a season is impressive nonetheless.

Whether that will eventually lead to Coach Kiffin taking the reins, however, is still a matter of intense conjecture.