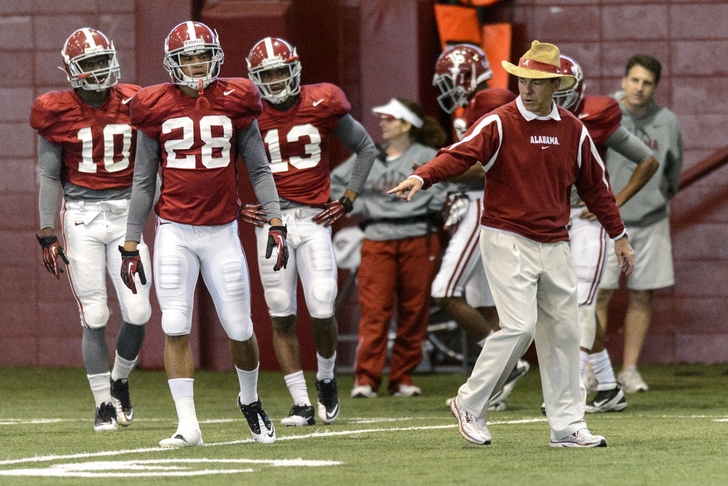 The Alabama Crimson Tide started planning for their battle next week with the Ole Miss Rebels at the end of this bye week's practice slate. Before that, they tackled upcoming games against Texas A&M, Arkansas, Tennessee, and yes, Auburn.

"That is what allows the unit to get better because when one guy doesn't do his job, on offense, defense or special teams, then you really don't have a successful play."

Saban believes that there's no such thing as over-preparing for a game, so it's in character for him to shift the team's focus in practice onto multiple opponents. He does the same exact thing at the end of every preseason camp.

However, there is one unifying thread that Saban pressed during this week's practices - ball security.

"When you do them correctly, they also have a consequence as well."