Alabama Football News: Tide Getting "Better And Better Every Week" After Early Loss 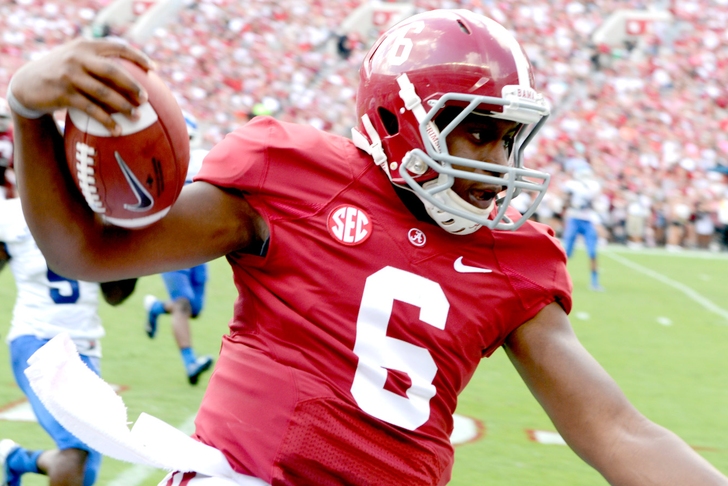 The Alabama Crimson Tide's early-season loss to Ole Miss could have weakened many other lesser teams. However, Nick Saban's crew have gotten the wheels churning over the past month after surviving with a one-point win over Arkansas the week after that disheartening defeat.

"I think we became more of a team in the fourth quarter of the Arkansas game," wide receiver Amari Cooper said, via Cliff Kirkpatrick of the Montgomery Advertiser. "We all came together. We were excited after big plays. From that point on we just kept getting better."

The Tide banded together after beating the Razorbacks to absolutely dominate Texas A&M, followed by upending Tennessee in front of a hostile crowd in Knoxville.

Alabama faces three ranked conference opponents in their final four games of the regular season - at #16 LSU, and home for #1 Mississippi State and #4 Auburn (with Western Carolina sandwiched in between).

If Alabama can get through those four games on the winning end, an SEC title shot and likely College Football Playoff berth await.