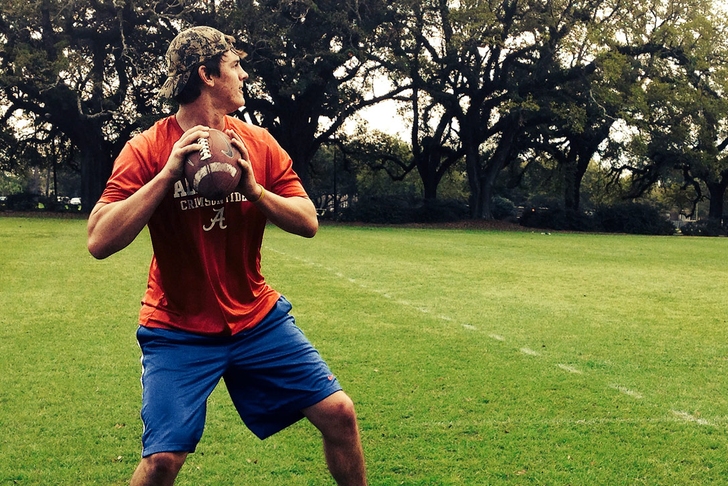 Alabama Crimson Tide backup quarterback Jacob Coker logged the most time on the field since the team's second game of the year during Saturday's 48-14 victory over Western Carolina.

However, it isn't necessarily his work on the field on Saturday which impressed head coach Nick Saban coming out of the game.

"Jake's done a really good job," Saban said, via Andrew Gribble of AL.com. "He's been a great team guy, been very supportive of the other players. He does a really good job of trying to prepare for the game knowing that his opportunity could come at any time."

Coker finished 12-for-18 for 115 yards and a touchdown. He also didn't take a sack for just the second time all year.

"Obviously coming into our offense, it's a little bit time constraining to learn it," center Ryan Kelly said. "I think he did a pretty good job throughout the summer and continuing this year, improving on just the looks we can get.

"Every game he plays he's improving."