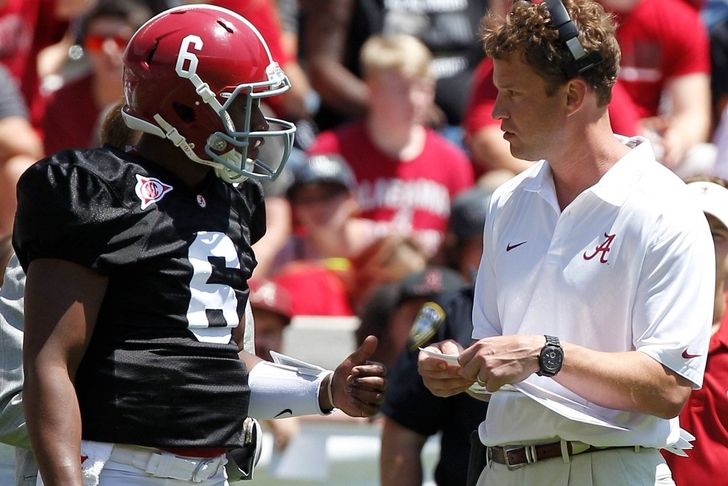 In this Alabama football news and rumors update, the Alabama Crimson Tide look to have a full-fledged quarterback competition on their hands with just over a week until the 2014 season opener against West Virginia.

According to Alex Scarborough of ESPN.com, Blake Sims may or may not be neck and neck with perceived #1 option, Jacob Coker:

The fact that Blake Sims has hung in the competition this long is surprising to many. After all, it wasn’t that long ago that the former four-star athlete was wondering if he would play running back or receiver for the Tide. Now, after four years in the system, he has worked on his delivery, studied the playbook and become what coaches and teammates describe as a much more accurate passer.

All of the sudden it’s a race between he and Jake Coker. At least that is what we’re told.

No one knows exactly what is happening behind closed doors at Crimson Tide practices. However, if Nick Saban's musings are to be taken directly, no one has emerged as the true starting quarterback as of yet.

"I think the good news is we have two guys that I would feel very comfortable playing."