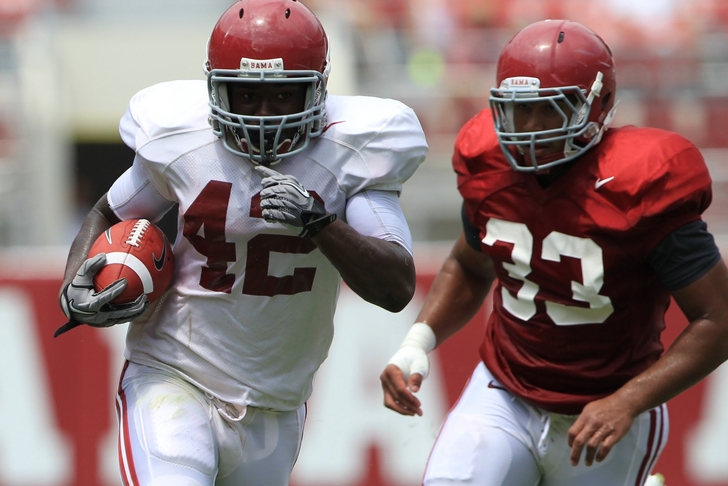 In this Alabama football news and rumors update, the Alabama Crimson Tide will be a lot more comfortable personnel-wise on the defensive side of the ball this Saturday, as senior linebacker Trey DePriest will return to Alabama's lineup after being suspended for what is being termed as a minor NCAA infraction.

Per Marq Burnett of The American Star, replacements Reggie Ragland and Reuben Foster had problems making defensive calls and adjustments in the heat of the Tide's 33-23 neutral-site victory over West Virginia - a role that DePriest takes on without a hitch. Head coach Nick Saban admitted as such, stating that both replacements got "a little bit ruffled" trying to fill DePriest's enormous shoes.

“I think not having Trey DePriest, our signal-caller on defense up front, created a little confusion playing in the no-huddle with two linebackers who really could be good players but got a little confused,” Saban said after practice on Wednesday. “I think that created a lot of anxiety for us.”

DePriest has not been made available to the media this week, giving him ample time to immerse himself in the playbook once again. The senior defensive leaders has started 26 games in the past two seasons, giving the Tide a force of stability at their defense's core.

“I think that Trey, because of his knowledge and experience and his ability to communicate, certainly allows the other players to be more confident in the calls and communication,” Saban said. “I think sometimes when people start looking over their shoulders because they’re not sure, it affects everybody’s ability to play the way you’d like for them to."

"Because of Trey’s experience he’s able to do that.”