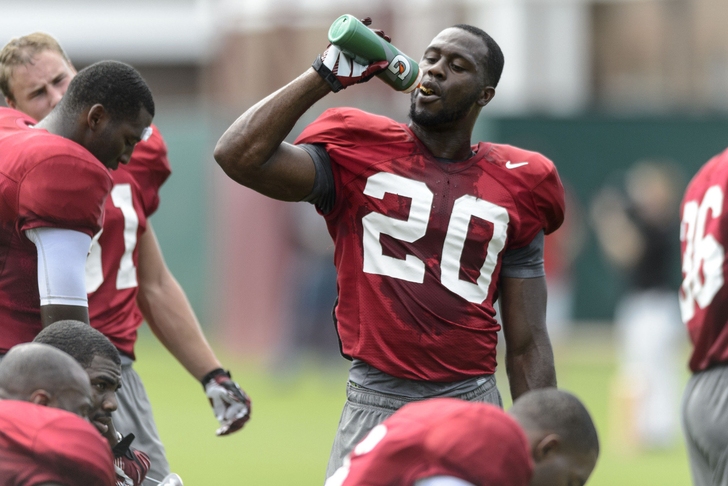 In this Alabama football news and rumors update, injuries to Jarrick Williams and DeAndrew White have left some question marks for the Alabama Crimson Tide in their secondary and wide receiving corps.

Per Marq Burnett of the Anniston Star, "Williams, who injured his left foot in the season opener, fills multiple roles in the secondary while White, who separated his shoulder in the first game, is one of the Tide’s most explosive receivers and best blockers on the perimeter."

“Jarrick is a really good player when he plays star because he is very physical,” Tide coach Nick Saban said. “He’s hard to block. In this day and age with all the bubble and smoke passes and screens you see on the perimeter, he does a really good job of defeating blockers and setting the edge where the other guys can make plays.”

All in all, with junior Geno Smith filling in for Williams and a trio of young receivers stepping in for White, Saban sees both injuries as a test for the team's youth and the program's depth as a whole.

“It’s called development,” Saban stated, via Burnett's article on Thursday. “We’ve talked about that before. Some of these young guys are developing nicely but they still have a ways to go. We’re encouraged by their ability to make plays, but we just have to improve their consistency.”

The Tide hosts the Southern Miss Golden Eagles on Saturday.