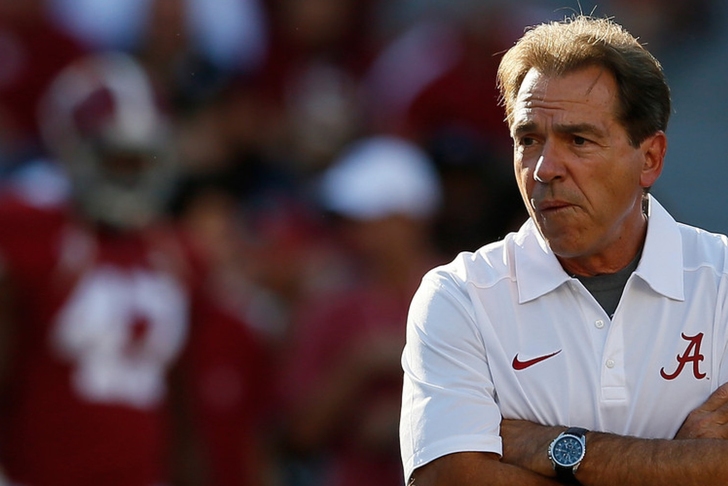 In this Alabama football news and rumors update, there was a time with the Alabama Crimson Tide where none of the players or coaches were allowed to even mention the word "hot" when talking about the intense heat the team is forced to practice in during the preseason and early months of the season.

However, after moving practice to the team's indoor complex on Wednesday with temperatures in the high 80s once again, head coach Nick Saban seems to be erring on the side of caution with his players.

"Some of you may wonder why we practiced inside today," Saban said, via Michael Casagrande of AL.com. "It's just been so hot last week and this week, that when you start having guys that need IVs after practice —  several guys every day — I just think that this is a time where you can get your team wore down and dehydrated."

Saban made sure to note that his decision to audible and move the team indoors was for the good of the team as a whole.

"We wanted to get the practice reps that we needed to get, but not wear the players out and come out of practice with three or four guys that are zapped out this close to the game," Saban said.