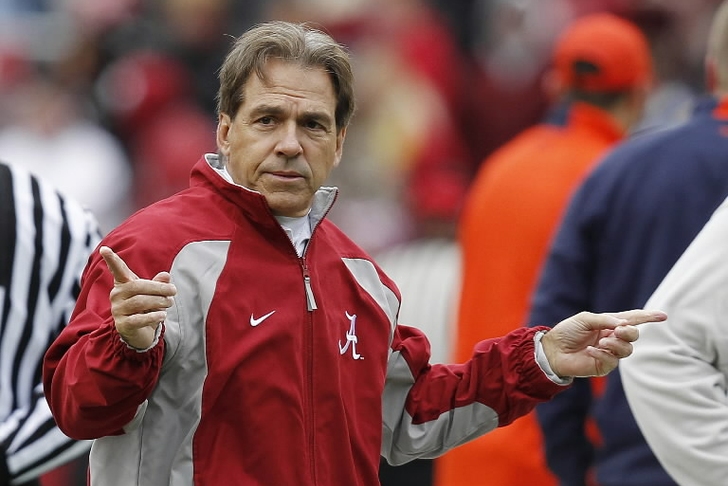 The Alabama Crimson Tide had scheduled two games against the Michigan State Spartans in 2016 and 2017, but earlier today the Crimson Tide announced the series would be canceled due to uncertainty over the future of SEC scheduling.

The SEC is considering adopting a 9-game conference schedule, which would threaten Alabama's ability to honor their commitment to the Spartans. As a result, they requested that the series be canceled. The series would have seen Alabama head coach Nick Saban return to the school where he rose to prominence (Saban went 34-24-1 as MSU head coach from 1995-1999, and led the team to a Citrus Bowl berth in 1999 but left for LSU before the game was played), but it looks like those plans have been canceled - at least for the immediate future.

Video: Alabama Scores on a Blocked Punt vs Colorado State