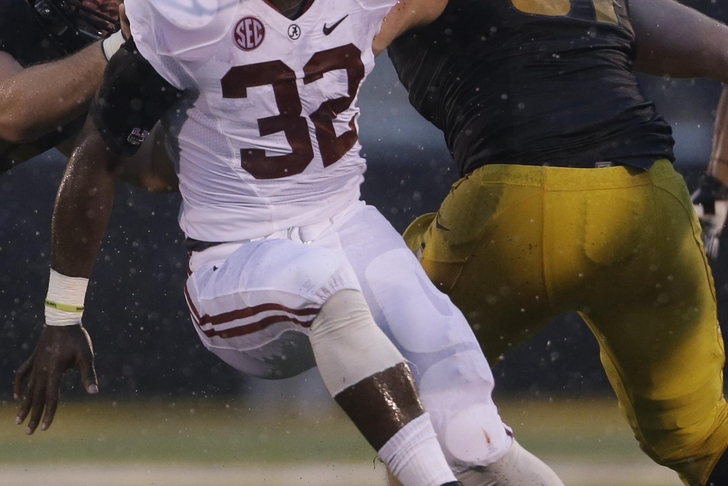 With Alabama football news paying close attention to what looks like another #1 recruiting class for Alabama Crimson Tide head coach Nick Saban and his staff, ESPN is giving the 2013 version of the Crimson Tide some love in their annual SEC top-25 player rankings.

According to Scarborough, Mosley is the "first linebacker in the Nick Saban era at Alabama to have back-to-back 100-tackle seasons." C.J Mosley was questioned by many for passing up an NFL payday last season to rejoin the Crimson Tide for his senior year, but as Scarborough puts it, "Mosley took his game to another level in 2013, matching his already consistent production with an unexpectedly fiery leadership style."

That leadership was a big factor in helping Alabama overcome adversity and youth in key positions en route to an 11-2 record and a 3rd-straight BCS appearance.

Get your Alabama football news when you want it. Make sure to follow our Crimson Tide team page.