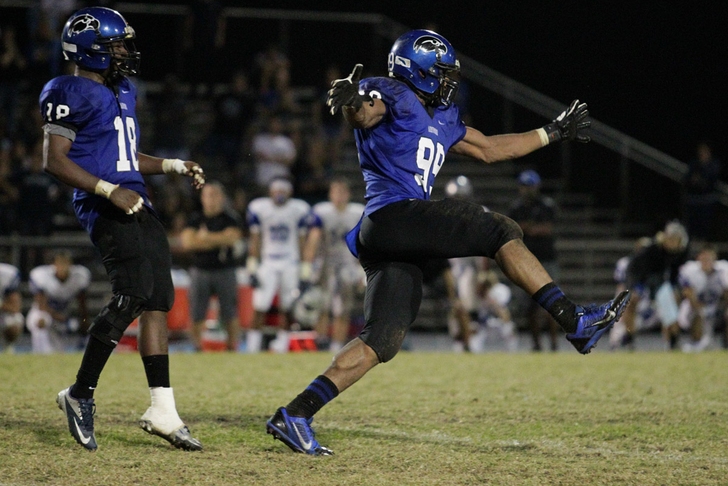 Defensive end Byron Cowart, currently one of the top uncommitted players left in the class of 2015, will visit the Alabama Crimson Tide on October 18th.

According to John Talty of AL.com, "Cowart, rated the No. 4 overall player in the country by 247Composite, will visit Tuscaloosa when Alabama faces Texas A&M in a big-time SEC West battle. Cowart attended an Alabama junior day in March and has kept the Crimson Tide in the mix ever since, though Florida is a big favorite on his Crystal Ball page."

After his trip to Alabama, Coward will take official visits to Florida (November 15th), Oregon (November 22nd), and Florida State (November 29th). His first official visit was with Maryland earlier this month - a visit he had nothing but good things to say about.

"It was good," Cowart said to Scout.com, via Talty's article posted on Thursday. "I love the connections there and the city. I want to major in journalism and that's a nice place for that."

Don't worry just yet, Tide fans. There will be plenty to impress Cowart when he comes to Tuscaloosa in October.