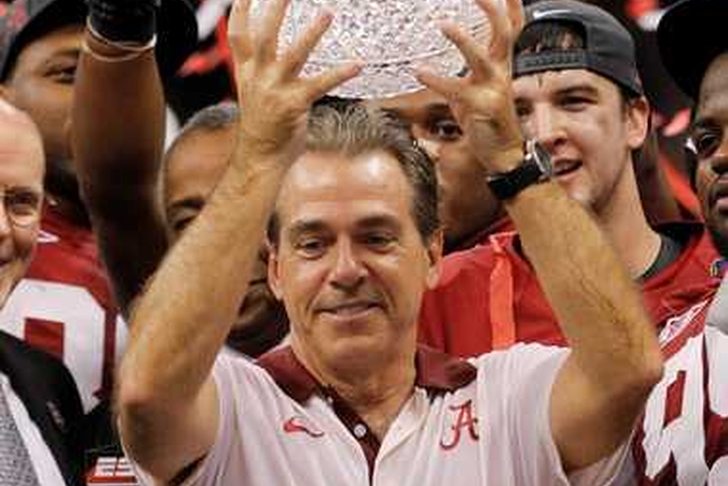 A fourth National Title in five years, and third in a row, would cement Alabama as one of the greatest dynasties in all of sports. If Nick Saban retired today, he would have to go down as one of the greatest coaches in the history of the game. Another National Championship would only push him further up the list. His reign of dominance, in this era, is unprecedented. He’s won four National Championships in the BCS era, which is two more than any other coach. Only Urban Meyer, who won two at Florida in 2006 and 2008, has more than one. He’s far and away the best coach of his era, and he has to be considered one of the best of all time regardless of what happens from here on out.

As for his place with Bear Bryant, there are always two different opinions based almost exclusively on your age group. Younger fans will say that Nick Saban is the greatest coach of all time, and has already taken Bear’s place as the King of Tuscaloosa. Older fans who were alive during the glory days of Bear Bryant at the Capstone will argue until they are blue in the face that Saban can’t, and never will, touch Bear. The main argument of Saban over Bear is that Saban was able to do this in an era of scholarship limits, while Bear was able to offer as many scholarships as he wanted to.

Regardless of who you think is the better coach, I think most Tide fans will be content with calling them the two best coaches in college football history if Saban’s run, which is showing no signs of slowing down, continues at this pace.

Let's talk about Bear Bryant. The man is a legend, perhaps the best coach of the game to ever live. But, he died 30-plus years ago. For a sizeable portion of the Alabama fan base, maybe even a majority, his accomplishments in 1973 or 1964 are largely un-witnessed, and maybe even irrelevant aside from the mystique. An easy case can be made that Saban, should he win a fourth title in five years (which has never been done), firmly cements himself in the top five at his profession, maybe the best. Recruiting rules are significantly stricter today, scrutiny of coaches and their methods have been heightened, modern athletes and training are better at every level, and parity has ruled CFB for the better part of a quarter-century. The man has created a blueprint, a pathway for unparalleled success in the modern era... "The Process."

It is fair to say, though, that Saban's brand of cold, distant, arrogant mastery over the program and the sport will never resonate with fans like Bryant did, nor do they necessarily need to. I think we all know we are witnessing something special by a special coach.