5 Things That Will Decide The Remainder Of Alabama's Season 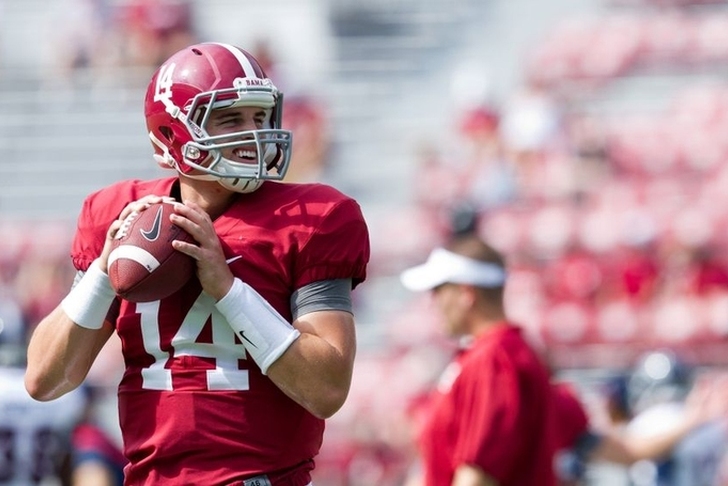 The Alabama Crimson Tide have experienced the highest of highs (a 38-10 win at Georgia last week) and lowest of lows (43-37 home loss to Ole Miss) this year, but all that matters is that they're 4-1 and still alive and kicking in the College Football Playoff muck. What's next for the boys from Tuscaloosa? Here's 5 Things That Will Decide The Remainder Of Alabama’s Season.

1. Injuries Out Of House

All seasons in the SEC are partially defined, not just by injuries in house, but out-of-house injuries as well. We're not calling it luck if Alabama runs across a team besieged by injuries. That's not respectful of all kids who put their bodies on the line. However, how Alabama fares is always going to be tied to just who they are lining up against on Saturdays (and who they're not lining up against.)

This game will define Alabama's season, be it as true College Football Playoff contenders or as a team that'll need help to slide into a New Year's Six Bowl. #7 LSU is running wild over opponents with RB Leonard Fournette, but Alabama and its stout front seven could prove Fournette's Kryptonite -- especially with the game being played in Tuscaloosa. Circle November 7th on your calendars.

Coker wrested away control of the starting job by picking apart Georgia last Saturday in Athens, but the real question here is whether or not he can consistently play at that level. He's talented enough, sure. But, he hasn't shown an ability yet to string together elite-level performances against top programs. If he can keep the UGA momentum going, Bama will be in business.

It is perfectly conceivable that Alabama will highstep its way through the rest of its schedule and into a College Football Playoff "Wild Card Game" in the SEC championship. The talent screams WINNING STREAK. But, this is the SEC and nobody is perfectly safe, no matter how good they are. Bama will need to keep laser-focused and in the moment game-to-game to pull themselves back into the CFP spotlight.