5 Things We Know About Alabama Through 7 Games 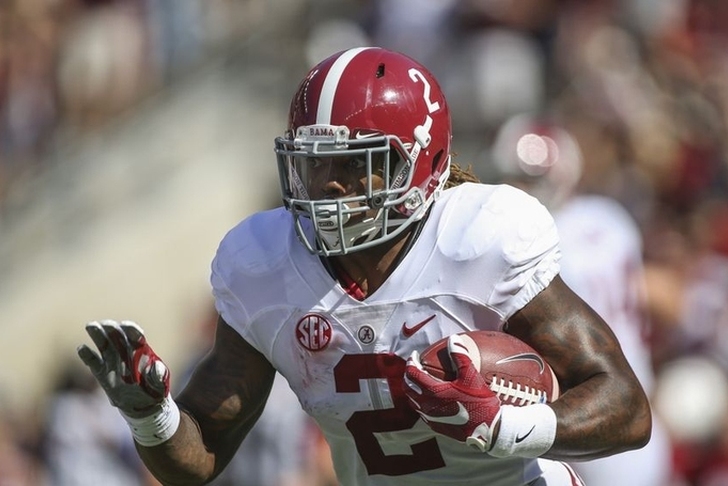 The Alabama Crimson Tide are now 6-1 after handing the Texas A&M Aggies a 41-23 loss. The Crimson Tide never trailed, running the ball all over A&M. Bama's defense also stepped up to shut down an Aggies offense that had been potent and deadly entering the game. Now that half of Alabama's SEC games are over, we know plenty about this Crimson Tide team. Here are five things we know about Alabama through seven games.

5. Adam Griffith Will Be Okay

Yep, we're gonna talk about kickers here for a bit. Griffith had a rough start to his season, missing half of his 12 field goals. Two of those came within 20 yards. Griffith was 2 for 2 against the Aggies and is a perfect 31 of 31 on extra points this season. While Griffith's start was worrisome, I have no doubts he'll be just fine this season.

4. Jake Coker Is The Clear QB

Coker and Cooper Bateman battled early in the season, but it's clear now that Coker is Bama's starting QB. That was something we probably knew after the Georgia game, but there are zero doubts now. Coker isn't the best QB in the SEC, but he's good enough to get Alabama a SEC West crown (more on that later). As long as Coker doesn't turn the ball over, Alabama can win with him at QB.

3. Derrick Henry Is A Beast

Another one we probably knew early this season, but it's worth repeating. Derrick Henry is a monster. Texas A&M simply could not stop Henry, who rushed for 236 yards and 2 TDs on 32 carries. For the season, Henry has 901 yards and 12 TDs. He's one of the best RBs in the SEC and in the NCAA.

2. The Defense Is Legit

After giving up 43 points to Ole Miss in Alabama's only loss, the concern was that Alabama' defense might not be as good as previous editions. While Alabama's defense isn't quite as dangerous as some of Nick Saban's previous squads, it's still a strong unit. The defense proved that by shutting down Georgia and Texas A&M.

1. Alabama Is A SEC West Contender

It's still a four-team race, with Ole Miss, Texas A&M, Bama and LSU still clear contenders, but a game between LSU and Alabama on November 7th already feels like a potential SEC West Championship game. After an early season loss to Ole Miss, there were questions about just how good Alabama was. After wins over Top 10 (at the time) teams in Georgia and Texas A&M, those questions have been answered. Alabama is one of the best teams in the SEC West and in the nation.