4 Things We Know About Alabama Through 8 Games 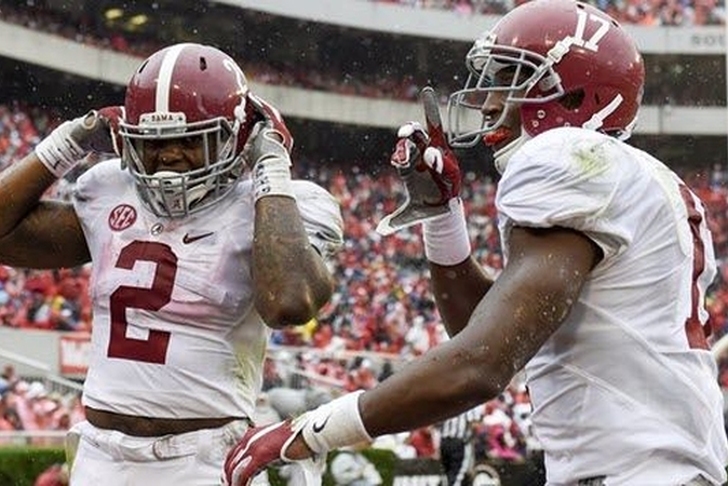 The Alabama Crimson Tide moved to 7-1 on the season with a narrow victory over Tennessee, and now have a bye week before facing LSU on Nov. 7. As they had into that off week, here are four things we know about the Tide so far this season:

4) They Have A Championship Mentality

Ever since they lost to Ole Miss, the Tide just seem to have a different air of confidence around them. They took care of business in impressive fashion against Georgia and Texas A&M, passing those tests with flying colors. Then trailing Tennessee with less than five minutes left, they made the plays they needed to down the stretch, showing the mental toughness of this team.

ArDarius Stewart and Calvin Ridley don't have the same game-breaking talent as Amari Cooper, but they've both emerged as top-tier targets for Jake Coker. They each picked up 88 receiving yards on 12 combined catches.

2) The Defense Hasn't Taken A Step Back

After giving up 43 points to Ole Miss in Alabama's only loss, the concern was that Alabama' defense might not be as good as previous editions. While Alabama's defense isn't quite as dangerous as some of Nick Saban's previous squads, it's still a strong unit - and they proved that by shutting down Georgia, Texas A&M, and Tennessee.

It's still a four-team race, with Ole Miss, Texas A&M, Bama and LSU still clear contenders, but a game between LSU and Alabama on already feels like a potential SEC West Championship game. After an early season loss to Ole Miss, there were questions about just how good Alabama was. They responded with two blowout wins over Top 10 (at the time) teams in Georgia and Texas A&M, answering those questions.