4 Reasons Alabama Will Win The College Football Playoff This Season 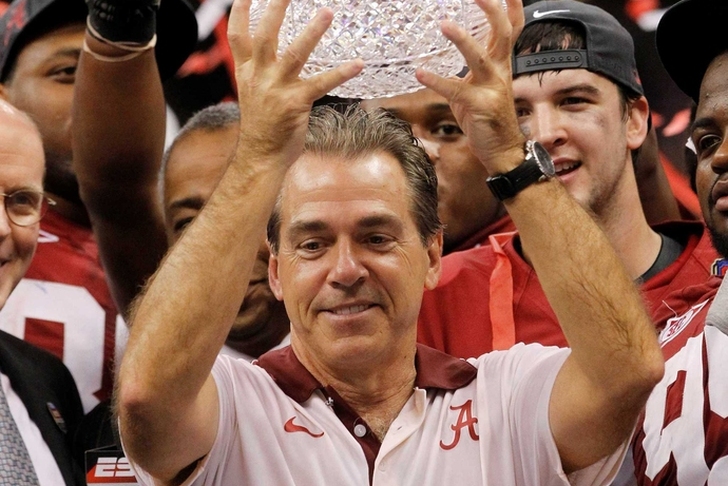 The Alabama Crimson Tide haven't won a national title in two years, but that doesn't mean they haven't been close. They narrowly lost to eventual College Football Playoff winner Ohio State last year and are in a great position to return to and win the playoff this season. Here are four reasons why Alabama will win the College Football Playoff this season.

T.J. Yeldon might be gone, but the running game at Alabama will still be a good one. The Crimson Tide ran for almost 3,000 yards last season and should be near that figure again this year. The offensive line might be the best unit on the whole team. Derrick Henry ran for almost 1,000 yards and should run for more this season. If he's healthy, Kenyan Drake should fill-in for Yeldon. Expect opposing defenses to face heavy doses of the run this season.

Every year, it seems like Nick Saban puts together a great defense. Yes, Bama struggled against Auburn and Ohio State, but they had few problems against other teams. Saban will use the bad games against OSU and Auburn as motivation. With A'Shawn Robinson anchoring the defense up front, Alabama will have another classic Saban defense.

Alabama recruits as well as any program in the country, which means they have incredible depth. They can keep key players fresh and rested and plug in a highly-touted recruit if someone gets hurt. That'll be important come late in the season.

Saban is the best coach in the SEC and one of the best in the nation. He can recruit and he's a master motivator. As long as Saban is in Tuscaloosa, Alabama will be competing for titles.