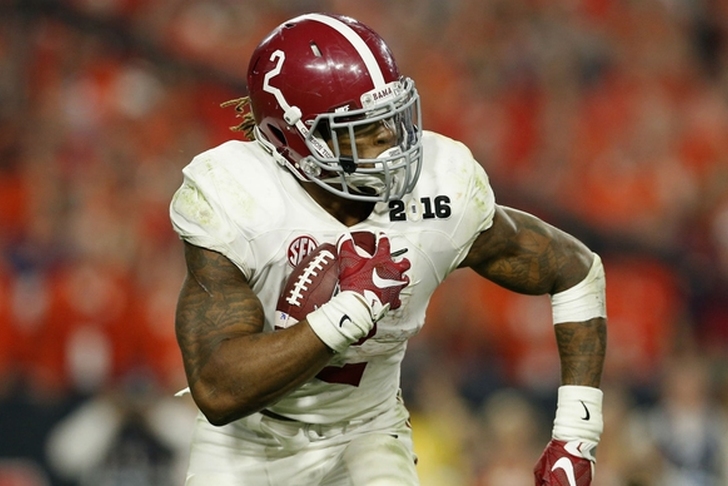 Former Alabama Crimson Tide running back Derrick Henry has dropped to the second round in the NFL Draft despite winning the Heisman trophy, but he will likely be an impact player in the NFL. Which teams are targeting him? Here are the three NFL teams that are the most likely to draft him:

Miami Dolphins
The Dolphins are looking for a running back after losing Lamar Miller in free agency, and they missed out on Ezekiel Elliott in the first round. Miami is looking for a faster back to pair with Jay Ajayi, but Henry has the kind of talent that could make him the feature back in the Dolphins' offense.

Carolina Panthers
A perfect scheme fit, the Panthers could use Henry as the eventual replacement for Jonathan Stewart, who will turn 30 next year. Carolina prefers to use multiple backs, but they were unable to find a consistent option to run with Stewart last year. Henry could step into that role and give the Panthers perhaps the most dominant running back duo in the league.

Plus, a backfield featuring Henry and Cam Newton would be the most physically imposing and intimidating in the league.

Seattle Seahawks
Seattle is another excellent scheme fit for Henry, and they need a replacement for Marshawn Lynch. Thomas Rawls looks poised to take over the starting duties in Seattle, but they prefer a two-back system - and Henry is the kind of physical back they love. However, taking him with their first-round pick could be a bit of reach.