3 Teams That Could Pick Jonathan Allen In The NFL Draft 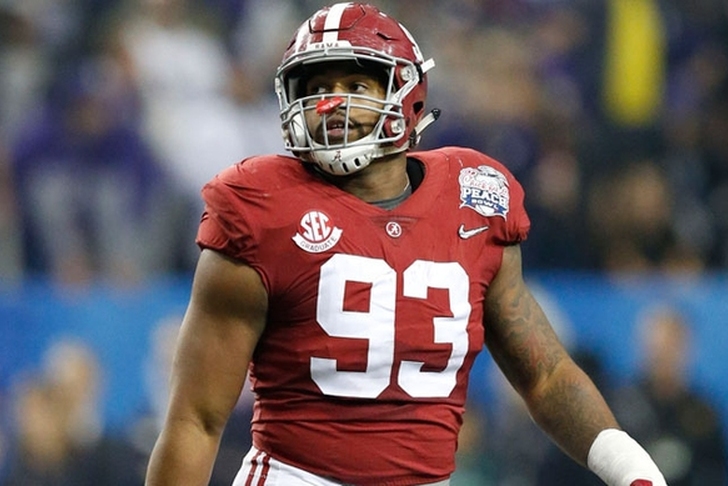 Alabama Crimson Tide defensive lineman Jonathan Allen is one of the top players in the entire 2017 NFL Draft class, and he is virtually guaranteed to be a top five pick. He's versatile, being able to play either 4-3 defensive tackle or 3-4 defensive end, and is equally good against the run and the pass. However, he is no longer the unquestioned No. 2 pick due to injury concerns. Where will he end up? Here are the three teams most likely to draft him:

1) Chicago Bears
The Bears are unlikely to draft a quarterback early after signing Mike Glennon, and they could choose to go in the secondary. However, if Allen is still on the board at No. 3, Chicago would be smart to jump all over him. Allen would provide a major boost to the Bears defensive line, and should anchor the unit for the next decade. Plus, his versatility is huge for a team with several holes up front.

2) Jacksonville Jaguars
If those shoulder issues cause Allen to fall to No. 4, Jacksonville will be waiting with open arms. Even after signing Calais Campbell, the Jags would love an upgrade at defensive tackle. Adding Allen would give the Jags one of the best defensive lines in the entire league.

3) San Francisco 49ers
The 49ers have spent each of their last two first-round picks on defensive linemen, and there is a groundswell of thinking that they will draft Stanford DE Solomon Thomas over Allen. However, Allen may still very well be their guy. Putting up front with Arik Armstead and DeForest Buckner would give San Francisco three exciting young prospects to build their defense around.