3 Reasons Why Alabama Will Win The College Football Playoff 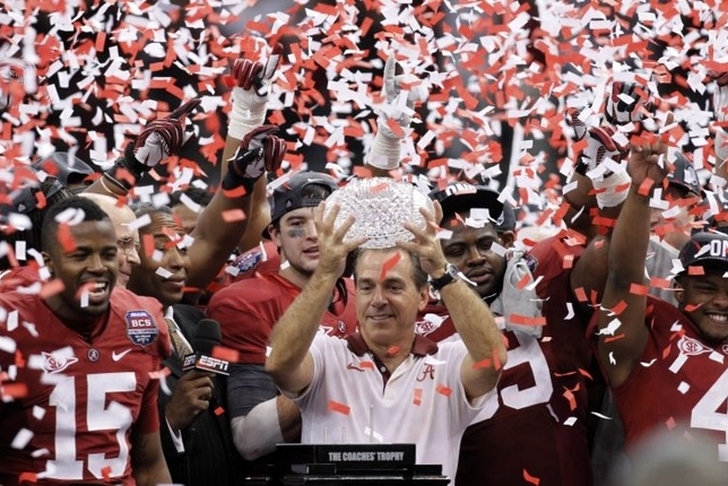 The Alabama Crimson Tide are the No. 2 team in the nation and have a chance to capture yet another National Championship. The Crimson Tide will play Michigan State in their College Football Playoff semi-final game. After that, the Tide will get winner between Clemson and Oklahoma. The Crimson Tide posted a 12-1 record en route to an SEC Championship behind a strong running game and defense. With that in mind, here are 3 Reasons Why Alabama Will Win The College Football Playoff.

Only Boston College has given up fewer yards this season than Alabama. The Crimson Tide are giving up a mere 258 yards per game, nearly 40 yards less than any other College Football Playoff member. Bama has the third best scoring defense in the nation, giving up just 14.4 points per game. That's six points fewer than anyone else in the CFP. To put it simply, Alabama has the best defense in the playoff. Defenses win championships, and that will be the case again with the Crimson Tide.

The Crimson Tide have one of the top running games in the nation, and they have Derrick Henry to thank for that. He's a Heisman finalist and might just be the best running back in the country. Henry has racked up 339 carries, 1,986 yards and 23 touchdowns. He leads the NCAA in all three of those categories. He's had at least 40 carries in back-to-back games and should continue to get a heavy workload. Henry's success on the ground will make things easier on the defense and QB Jacob Coker. None of the CFP teams are going to be able to stop Henry.

Nick Saban is the best coach in college football and his abilities give Alabama an extra boost over the rest of the teams. Dabo Swinney, Bob Stoops and Mark Dantonio are all great coaches, but none match Saban's abilities. He's already delivered three national titles for Alabama and it's time for him to add a fourth. Alabama won't be out-coached in any of its playoff games and with Saban leading the way, the Crimson Tide will take home the College Football Playoff championship.