3 Reasons Why Alabama Will BLOW OUT Mississippi State 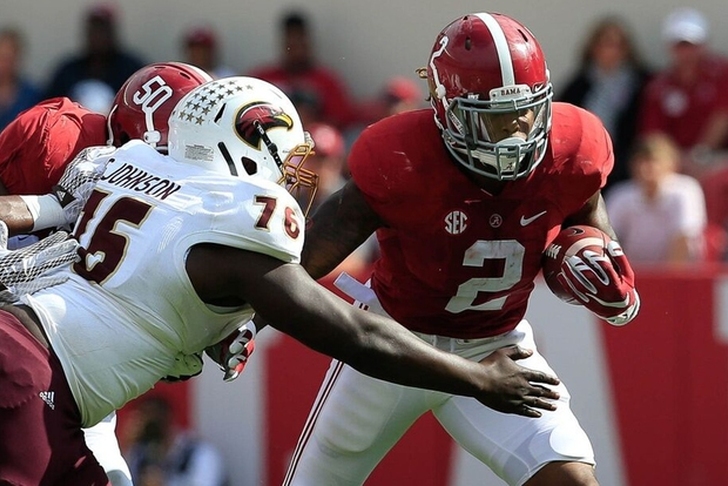 There are very few guarantees in the game of football, but when it comes to the #2 Alabama Crimson Tide's road game against the #17 Mississippi State Bulldogs this week, we've found an exception to the rule. Here's 3 Reasons Why Alabama Will BLOW OUT Mississippi State.

Center Ryan Kelly remarks that Saturday's win over LSU was ''the most overall complete game we've played as an offense.'' It's hard to argue considering how efficient QB Jake Coker was under center and how dominant Derrick Henry looked on nearly every carry. Henry may not match his 210-yard output from the LSU game against the Bulldogs, but that's not going to matter considering the fact that Bama is clicking on all cylinders right now.

Did you see what the Bama defense did to LSU RB Leonard Fournette and his runaway Heisman Trophy campaign? Fournette ran into brick wall after brick wall, mustering just 31 yards and a touchdown on less than two yards per carry. If Alabama can completely zero in and take the legs out from under someone like Fournette, Dak Prescott and the Bulldogs offense should be a cakewalk.

''Any time you have an emotional win, you've got to get your team to respond the right way and make sure that they're focused on what they need to do to play just as well the next week or better,'' Saban said in reference to last week's drubbing of LSU. Alabama is accustomed to big wins under Saban. It's what the Tide does -- win big. However, the reason why this team can string together marquee victories in a way that no other program can is because Saban is the Zen Master when it comes to keeping his guys humble and hungry for the next challenge ahead.