3 Reasons Why Alabama Will Beat Georgia This Weekend 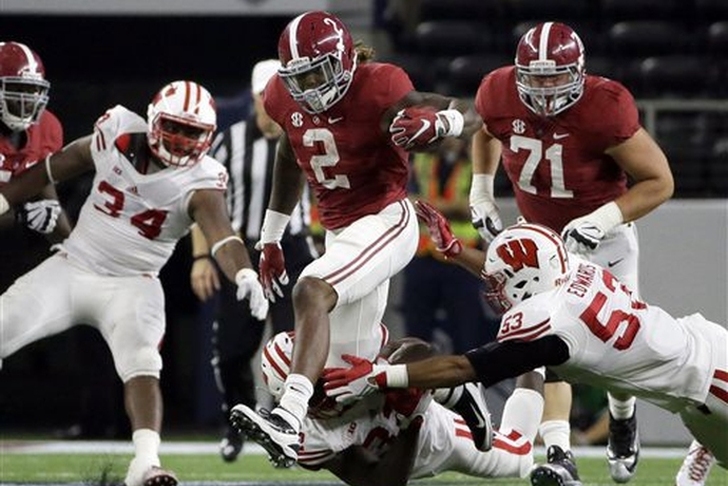 The Alabama Crimson Tide are looking for a win to put themselves back into the College Football Playoff picture, and they'll get their chance against Georgia on Saturday. Here are three reasons why the Tide will come out on top:

Say what you will about Coker, but he finally grabbed a stronghold of the starting quarterback job against Ole Miss, throwing for 201 yards and three touchdowns while rushing for 58 more yards against another score against the Rebels' vaunted defense. He won't have to carry the offense with Derrick Henry and Kenyan Drake in the backfield, but his arm talent is good enough to keep Georgia's defense honest. As long as he can consistently make good decisions and take care of the ball, Alabama's offense will be extremely tough to stop.

Georgia is led by Nick Chubb, arguably the best running back in the country, but he's had to carry the entire offense because of the shaky play of starting quarterback Greyson Lambert. He's a career 59 percent passer that struggles when facing pressure, which has led to him throwing a lot of interceptions in the past.

Lambert has had a great season to this point, beating up on much lesser competition (and South Carolina's atrocious pass defense) to the tune of 733 passing yards and seven touchdowns without throwing a pick yet. That's all well and good, but we're betting we see some regression to the mean sooner rather than later, especially against a defense as good as Alabama's.

So, about that defense.

The Tide's defensive line is big, deep and extremely talented with returning starters A’Shawn Robinson, Jarran Reed and Jonathan Allen leading the charge. In the linebacking corps, Reggie Ragland turned down a sure ticket to the NFL to come back and lead a unit that also features one of the biggest hitters Tuscaloosa has ever seen, top recruit Reuben Foster.

This front seven is prime time through and through, and that will be a huge factor in slowing down Georgia running back Nick Chubb. The Bulldogs' offense is predicated around a dominant rushing attack, and no running back is dominant against the Tide. Alabama will force Lambert to beat them throwing the ball, something he won't be able to do.