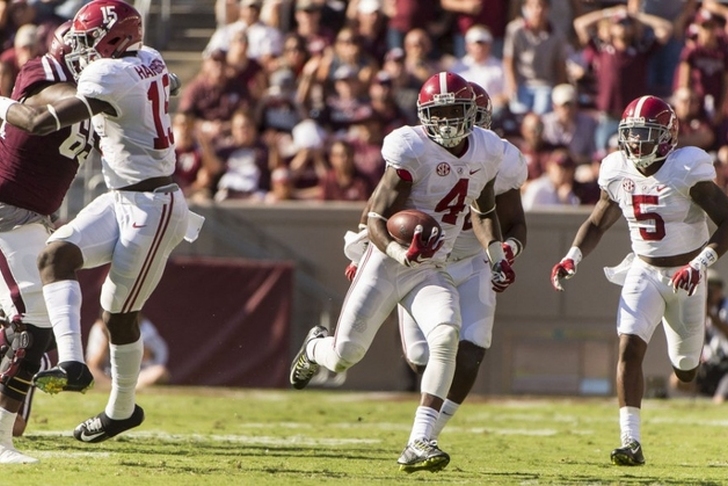 The Alabama Crimson Tide rolled through another top 10 team this past weekend, getting their 10th straight win over Tennessee in dominant fashion. Now comes perhaps their toughest test of the season, facing a Texas A&M team that has had some success against them in the past. Some think the Aggies may come out on top, but we know better. Here are three reasons why Alabama will beat Texas A&M this weekend:

3) The growth of Jalen Hurts and this offense
Hurts is getting better and better right before our eyes every week, and he continues to make smart decisions and shred defenses. The latest flash of greatness came against Tennessee, where he ran for over 130 yards and three touchdowns. Mobile quarterbacks have given the Aggies absolute fits this season, shown by them giving up nearly 700 yards in their loss to Tennessee. Look for Hurts to have another monster game at home.

2) Trevor Knight's inconsistency
The Oklahoma transfer appears to have resurrected his collegiate career with the Aggies, leading them to this undefeated start while showing a good handling of head coach Kevin Sumlin's offense. However, many have overlooked the many times Knight has struggled this year. He's barely completing 54 percent of his passes and is averaging less than seven yards per attempt, showing his unwillingness - or inability - to drive the ball down the field with consistency.

Alabama's defense already has a habit of making accurate quarterbacks pay for their mistakes, so what are they going to do when Knight is throwing nearly half of his passes away from his receivers? They're going to have a field day.

1) We've seen this movie before
Lets run through all of these stats:

Alabama is 4-0 against ranked teams this season by an average of 27.25 points per game. In all, they have won 11 straight games against ranked opponents, and 17 of the last 20 over the past three seasons.

Anyone doubt they're suddenly going to have a hard time playing good teams when the Aggies come to town?