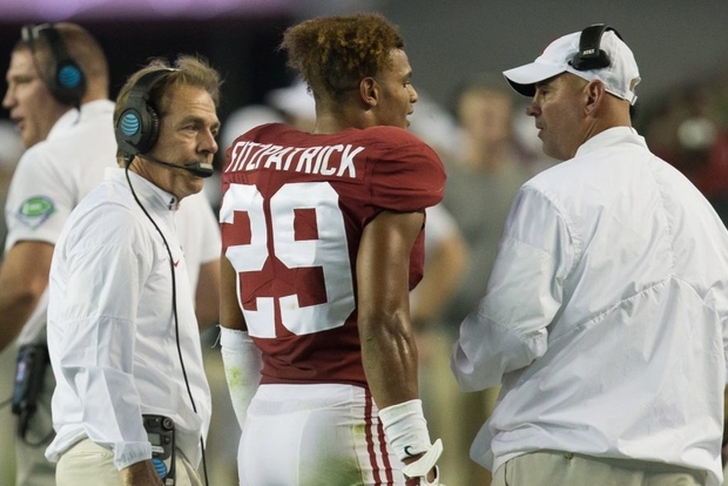 The Alabama Crimson Tide are the only team that has made the College Football Playoff every single season, and their reward for getting into the playoff this year - despite not winning the SEC - is a rematch against Clemson for the third straight year. Many are expecting the No. 1 Tigers to beat Alabama again, but those people are badly mistaken. Here are three reasons why Alabama is guaranteed to win on New Year's Day.

1) Alabama's linebackers are more healthy
The Tide faltered down the stretch this season largely due to the mass amount of injuries their linebacking core suffered. With over a month in between games, Alabama's defense will be much healthier - and have had more time to institute a gameplan perfect for defending Clemson. The Tigers are a run-heavy team, so having healthy linebackers will make a big difference.

2) Kelly Bryant's inconsistencies
Bryant has done a fine job replacing Deshaun Watson for Clemson this season, but he hasn't proven to be a good enough passer to keep a defense like Alabama from loading up to stop the run. He has only eclipsed the 275-yard passing barrier once this season and only has three games in which he has thrown multiple touchdown passes. If Clemson's offense is that one-dimensional against Alabama's defense, the Tide will have a field day.

3) Nick Saban's track record in big games
No one does a better job of preparing their team for these kinds of games than Nick Saban. On top of seeking his sixth career national championship (his fifth at Alabama), he is 8-4 in bowl/playoff games with the Tide, including a 6-2 mark when playing for a national title (3-0 in BCS title games, 3-2 in CFP games).

Furthermore, Alabama is 3-1 against ranked teams this season and 25 of the last 30 over the past four seasons. Experience is on Alabama's side.