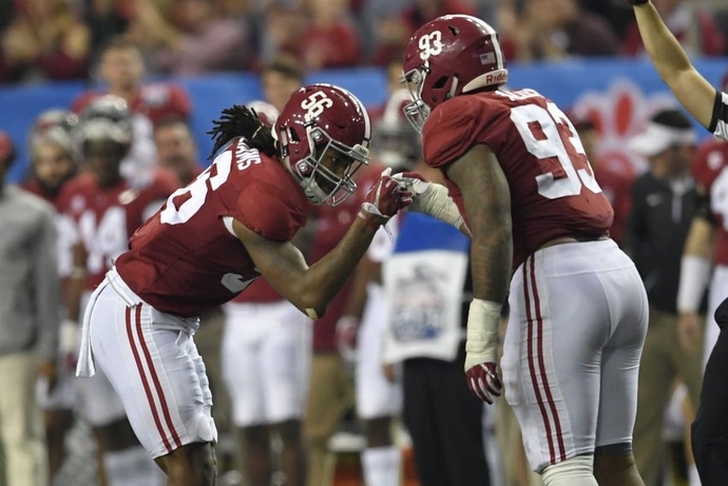 The Alabama Crimson Tide are preparing to square off against Clemson in the National Championship Game for the second straight year, and many are predicting that Clemson will beat them this time around. However, we know better than that. Here are three reasons why Alabama will win their second straight national title:

3) Clemson's tendency to turn the ball over
Ball security has been a huge problem for Clemson all year. They turn the ball over an average of twice per game, which ranks them 112th in the country (out of 128 teams). That problem has affected Deshaun Watson in particular, as he has thrown 17 interceptions this season.

On the flip side, Alabama is one of the best teams in the country in forcing turnovers, getting 1.9 takeaways per game. And when they force those turnovers, they usually turn them into points - the defense has scored 11 touchdowns this season. Turnovers will be a major factor in this game, and there should be plenty of opportunities for the Tide defense to make plays.

2) The emergence of Bo Scarbrough
Clemson really struggled to defend Alabama's power running game last year, and the emergence of Bo Scarbrough has given Alabama that element of their offense again this year. He has rushed for at least 90 yards in each of the last three games, including two touchdowns in each of the last two - and 180 yards against Washington. Look for the Tide to give Scarbrough the ball early and often against the Tigers.

1) Nick Saban's track record
No one does a better job of preparing their team for these kind of games than Nick Saban. On top of seeking his sixth career national championship (his fifth at Alabama), he is 8-3 in bowl/playoff games with the Tide, including a 6-1 mark when playing for a national title (3-0 in BCS title games, 3-1 in CFP games).

Furthermore, Alabama is 9-0 against ranked teams this season by an average of 24.5 points per game. In all, they have won 16 straight games against ranked opponents, and 22 of the last 25 over the past three seasons. Forget the Lane Kiffin distraction - Alabama will come ready to play, and ready to win.