3 Reasons Why Alabama Can Still Make The College Football Playoff 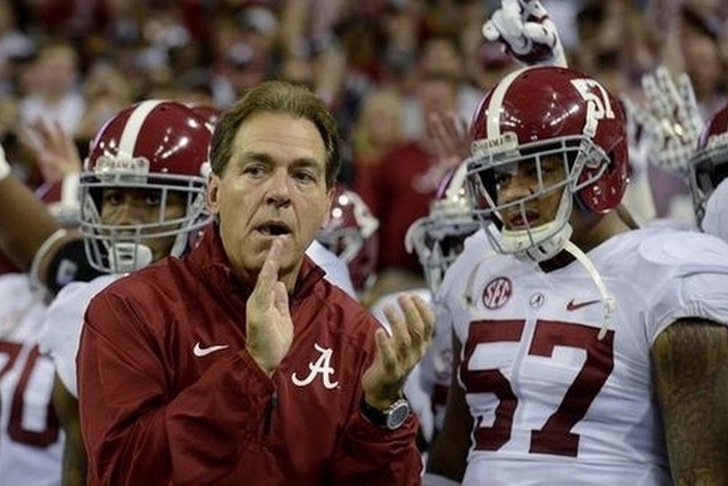 Many college football experts are down on the Alabama Crimson Tide following their home loss to Ole Miss on Saturday, but we all know this is far from the end for Nick Saban's squad. The sky is not falling in Tuscaloosa - here are three reasons why they can still make the College Football Playoff this season:

Say what you will about Coker, but he finally grabbed a stronghold of the starting quarterback job against Ole Miss, throwing for 201 yards and three touchdowns while rushing for 58 more yards against another score against the Rebels' vaunted defense. He won't have to carry the offense with Derrick Henry and Kenyan Drake in the backfield, but his arm talent is good enough to keep opposing defenses honest. As long as he can consistently make good decisions and take care of the ball, Alabama's offense will be extremely tough to stop.

The Tide's defensive line is big, deep and extremely talented with returning starters A’Shawn Robinson, Jarran Reed and Jonathan Allen leading the charge. In the linebacking corps, Reggie Ragland turned down a sure ticket to the NFL to come back and lead a unit that also features one of the biggest hitters Tuscaloosa has ever seen, top recruit Reuben Foster. This front seven is prime time through and through, and that'll be huge as the secondary continues to figure itself outin the wake of the departures of starting safeties Landon Collins and Nick Perry.

Critics of Nick Saban usually miss the point. His sometimes gruff exterior in media sessions is a calcuated facade which belies the respect he both commands and gives to his players in private one-on-ones. Yes he's a taskmaster sometimes, but he's one of the most successful taskmasters to ever step on a college football sideline. Results don't lie, and Saban's seven-straight double-digit win seasons and three national championships are reason enough to at least pencil the Tide for a berth in the College Football Playoff. Once he gets there, however...don't underestimate Saban's "eff you" motivation after last year's semifinal loss - and another loss to the Rebels.