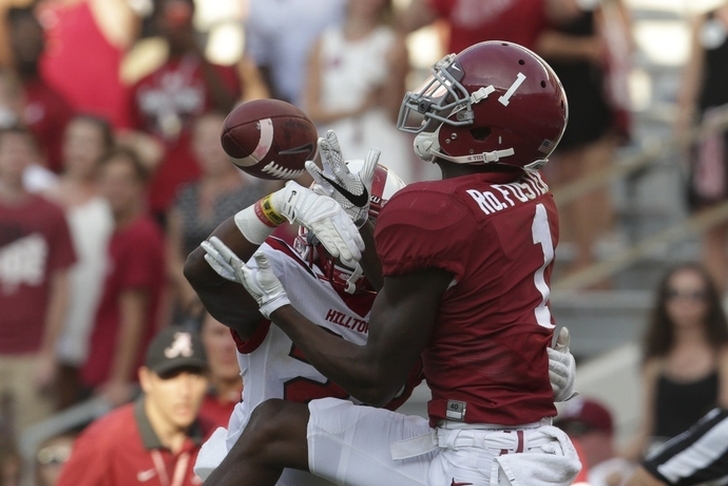 The Alabama Crimson Tide fell short in the national championship game last year, but that doesn't mean expectations have lowered. They plan on staying at the top of the SEC and college football in 2017 - and anything else will be a disappointment. However, but like every other year under Nick Saban, several players need to step up in increased roles for Alabama's title dreams to come true.

Breakout seasons happen every year in college football. Sometimes, the player in question shows flashed the previous season and takes the logical step forward. Sometimes, the player comes out of nowhere to make a massive impact. So who will be the Tide's breakout stars this year? Here are the three that really need to step up: 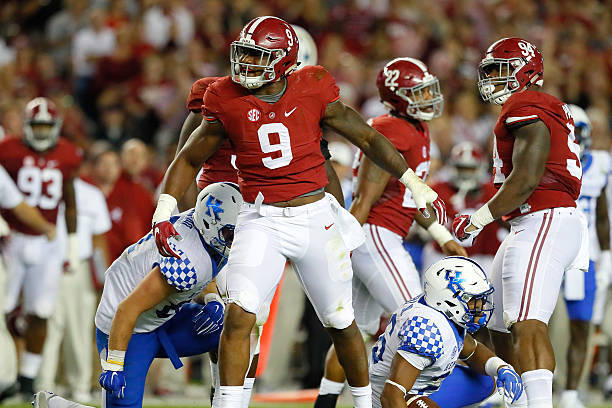 Hand was the No. 5 overall recruit three years ago, but has played sparingly at Alabama being stuck behind several future NFL players (which tends to be the case in Tuscaloosa). Now that players like Jonathan Allen and Dalvin Tomlinson are gone, it's time for Hand to shine. He recorded 21 tackles, 2.5 tackles for loss and one sack last year, but this season, he's being relied on as the leader of the unit. Don't be surprised if Hand's play makes him one of the best defensive lineman in the country.

Calvin Ridley gets all the love - rightfully so - as he's an incredible talent and the only proven threat in Alabama's receiving core, but someone else is going to have to step up for Alabama's offense to become successful. That's where Foster comes in. A former five-star recruit, Foster has had each of his last two seasons cut short by injuries. He has plenty of talent and shown flashes of potential (particularly the 50-yard and 65-yard catches he had in the spring game), and he should be able to take advantage of defenses shifting their coverages to Ridley.

Diggs is a next-level athlete and came to Alabama as a wide receiver, but made his impact mostly in the return game last year. However, Nick Saban & Co. have converted him to corner, and he has performed so well in the spring that he earned the starting job next to Minkah Fitzpatrick. Alabama's defensive scheme puts a lot of pressure on their cornerbacks to defend one-on-one. As such, Diggs better be up to speed quickly.

Follow our Alabama Crimson Tide team page for all the latest Alabama football news or download the Chat Sports App!