3 Bold Predictions For The Alabama Crimson Tide This Season 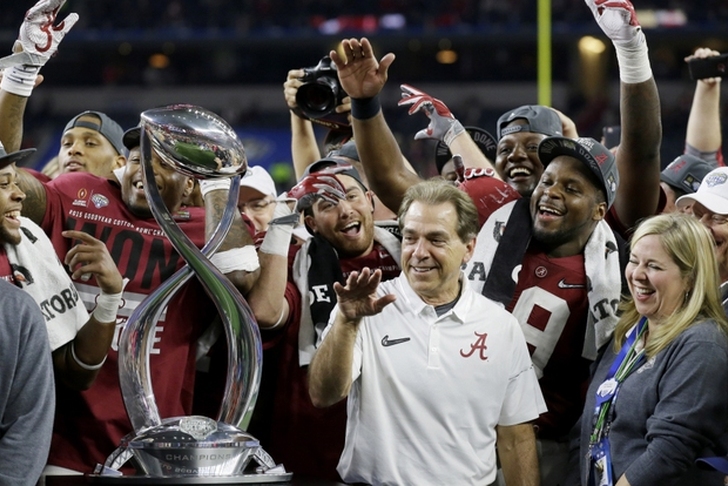 The Alabama Crimson Tide enter the 2016 season trying to win their fifth national championship in eight years under head coach Nick Saban, and while some think they'll take a step back this year, we know better. Here are three bold predictions for Alabama football this season:

2) The defense won't miss a beat Many thought Alabama's defense was perhaps the best Saban has had in Tuscaloosa, but here's the scary part - they're going to be just as good this year. Their secondary is truly elite, headlined by sophomore cornerbacks Minkah Fitzpartick and Marlon Humphrey, and the linebacker core will be just as strong with Reuben Foster and Rashaan Evans leading the way.

Right now, there's no point in doubting what Nick Saban can do with a roster full of blue chip talent. Quarterback will continue to be a question (what else is new), but he rest of the roster points to them being a playoff team. Plus, Ole Miss is expected to take a step back this year and LSU is still just a one-man show. With no real competition coming from the SEC East, the Tide should win another SEC title in 2016.