3 Alabama Football Players Ready To Break Out In 2015 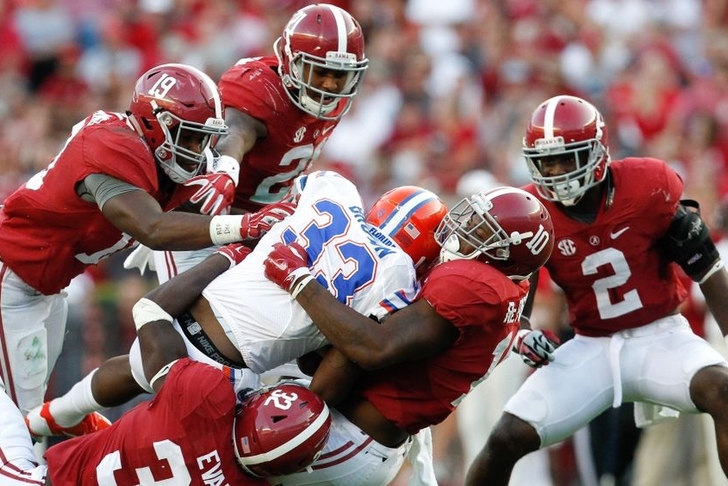 We're still four months away from the start of the 2015 college football season, which gives us plenty of time to work our way through the projected depth chart of the Alabama Crimson Tide. From the looks of the team so far, here's our list of 3 Alabama Football Players Ready To Break Out In 2015. We're giving this one to Sims as a honorary mention despite the recent news of his torn ACL. He could very well miss the 2015 season, but we decided to be optimistic and include him on here with fingers crossed that he returns prior to bowl season.

During his true freshman season, Sims appeared in all but two games and ranked third among returning receivers with 62 receptions. Standing at 6-foot-4, 208 pounds, Sims provides both a large catch radius and the length to give defenders fits in run blocking.

This is a "get well soon" inclusion for one of the most talented young wide receivers in college football. We're pulling for you.

Jackson's junior season was supposed to be his breakout campaign, but the former four-star prospect was hampered by injuries early and ended up relegated to a backup role. The time is now, however, for Jackson to make his presence felt. With three starting offensive line spots up for grabs, expect the talented and nimble Jackson to push himself to the top of the team's depth chart.