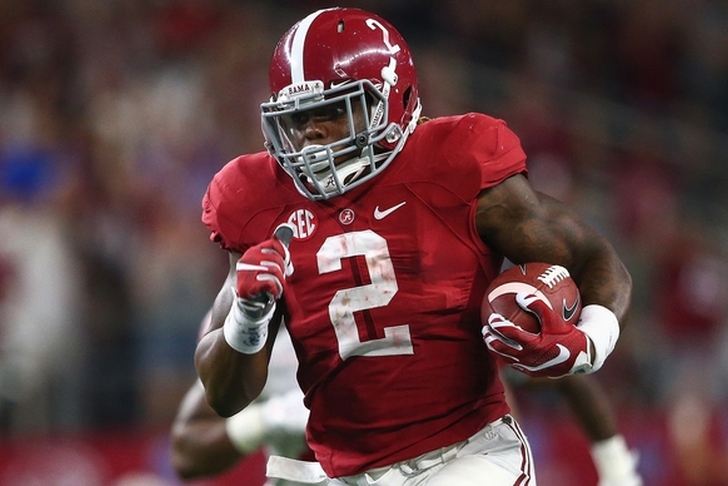 The #2 Alabama Crimson Tide were mostly held in check for the first half of their SEC Championship Game clash with the #18 Florida Gators. However, it was a much different story after the break as Alabama rolled to a College Football Playoff berth and their second straight SEC title with a 29-15 win in Atlanta.

Alabama (12-1) wore down Florida's defense in the final 30 minutes while staying locked in on a oft-floundering Gators offense. Repeated carries by Bama RB Derrick Henry forced the Gators (10-3) to stack the box, especially after his first-half touchdown gave the Tide a 12-7 lead going into the break. Henry continued his dominance in the second half, pacing the offense with 189 yards on 44 carries, breaking Hershel Walker's 34-year-old SEC record with 1,986 yards on the season.

QB Jacob Coker took advantage of Henry's production on a drive that'll go down as the turning point of this one, going 3-of-4 for 45 yards against one-and-one coverage on a nine-play, 90-yard touchdown drive in the third quarter which pushed Bama's advantage to 22-7. Coker capped that drive with a beautiful 32-yard TD connection with ArDarius Stewart. Alabama would make it 29-7 on a 9-yard pass from Coker to Richard Mullaney in the fourth.

Florida, on the other hand, continued to struggle mightily on offense -- posting seven three-and-outs (eight if you count an early punt block for a safety) and doing very little to challenge a swarming Tide defense. QB Treon Harris was running scared all game, rarely looking down field while scrambling away from the Alabama pass rush.

The Gators' only points in the first three and a half quarters came from an 85-yard punt return for a touchdown by Antonio Calloway in the first half. Harris closed the gap to fourteen points at 29-15 with a TD pass in the fourth, but the Gators still finished the game with only 180 yards of total offense. Alabama posted 437 on the day.

With the win, #2 Alabama is just a Sunday announcement away from their second straight College Football Playoff berth. Florida's third loss of the season will undoubtedly knock them out of New Year's Six bowl contention.