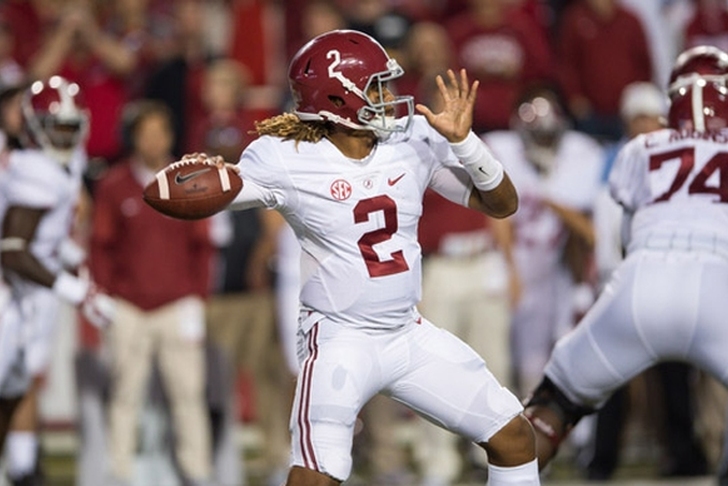 The Alabama Crimson Tide have had plenty of big wins this season, but this might was the most impressive victory yet for Nick Saban's squad.

Alabama rode a dominant defensive performance and got a big game from quarterback Jalen Hurts on their way to a 49-10 win on the road over Tennessee. It is the Tide's 10th straight wins over the Vols.

Bama took an early 14-0 lead after Ronnie Harrison picked off Tennessee quarterback Joshua Dobbs and ran it back 58 yards for a touchdown.

That made this the 9th straight game in which Alabama has scored a non-offensive touchdown. Tennessee responded with a short touchdown run to cut the lead to 14-7, yet Hurts responded on the ensuing drive with a 45-yard TD run of his own.

Hurts added two more short rushing touchdowns in the second half, and the Tide added another non-offensive touchdown with Eddie Jackson's punt return to put this game away.

Tennessee was never able to get their offense going in this game. Alabama held the Vols to just 163 total yards, including just 32 on the ground.

The Tide finished with 438 rushing yards, the first time they had rushed for over 400 yards since 1992. Hurts led the charge with 132 yards on the ground, but Bo Scarbrough also added 105 yards and a touchdown on five carries. Damien Harris also had 94 yards on 14 carries.