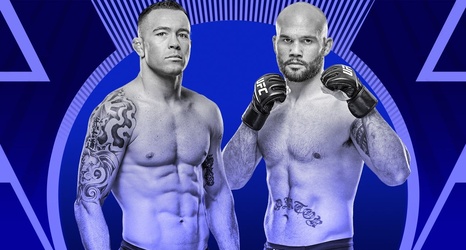 In the past 14 months, Colby Covington has won an interim UFC title, visited the president of the United States at the White House and confronted the undisputed champion of his weight class in a crowded Las Vegas buffet line. (Google it if you don't know the story.)

One thing he has yet to do, however, is actually fight for the UFC's undisputed 170-pound belt.

That's the biggest story going into Saturday's UFC Fight Night main event in Newark, New Jersey. Can Covington (14-1), the polarizing yet undeniably worthy title contender, maintain his place at the head of the line against the welterweight division's bogeyman, Robbie Lawler (28-13)?