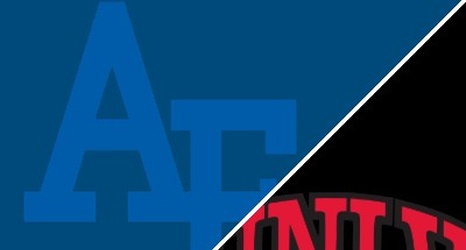 LAS VEGAS -- Shakur Juiston scored 21 points and his 3-point play in overtime started the winning surge that led eighth-seeded UNLV to a 97-90 win over ninth-seeded Air Force in the opening game of the Mountain West Conference Tournament on Wednesday.

Juston's 3-point play at the 3:21 mark of overtime made it 82-81 and the the Runnin' Rebels went on to a 12-0 run that included Juiston's dunk and seven more free throws in eight attempts. The Falcons missed eight straight shots and a pair of free throws.