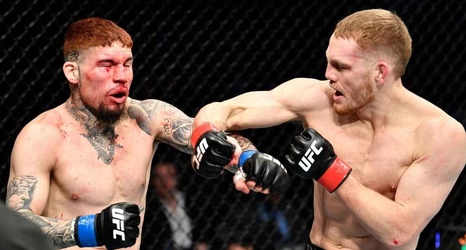 ANAHEIM, Calif. -- Francis Ngannou and Ciryl Gane are former sparring partners. That might be the only thing the two agree on at this point.

At a news conference Thursday, Ngannou and Gane argued if they were actually ever "teammates." They couldn't agree whether Ngannou knocked Gane out with a head kick or just hurt him temporarily. And whatever relationship they once had has certainly been frayed by Ngannou's messy falling-out with his former coach -- and Gane's current coach at MMA Factory in Paris -- Fernand Lopez.

None of that will really matter Saturday night.