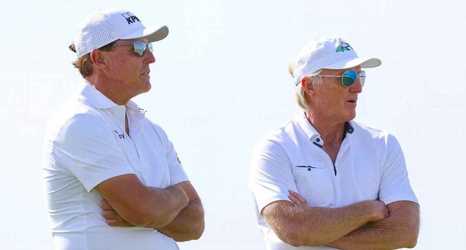 What started out as a typical Thursday morning for PGA Tour players, their caddies, coaches and agents, as they prepared for the start of last week's Genesis Invitational, quickly turned into an unusual day.

The practice range at Riviera Country Club in Los Angeles was calm, as those in the field methodically warmed up and went through their routines. Then cellphones started going off up and down the line. The Fire Pit Collective's Alan Shipnuck had just published explosive quotes from Phil Mickelson about the proposed Saudi-financed Super Golf League being formed and his willingness to ignore the alleged human rights violations of its backers.