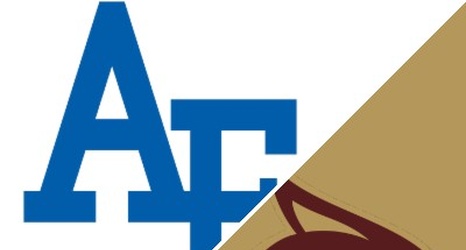 Air Force cut an eight-point deficit when Sid Tomes converted a 4-point play to pull the Falcons to 60-54. Air Force got a point closer when Ryan Swan made a 3-pointer to make it 62-57 with 1:10 remaining but the Bobcats made their final six free-throw attempts to seal it.