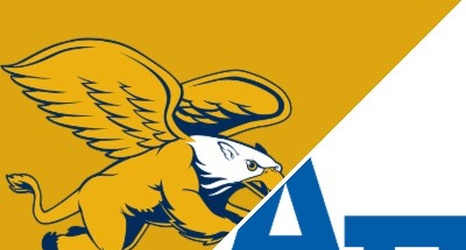 Canisius took its first lead on Selvedin Planincic's 3-point play with 12:26 left in the first half but, 14 seconds later, Sid Tomes answered with a 3-pointer that sparked a 17-5 run to make it 28-17 and the Falcons led the rest of the way.