NBA players add to chorus of refereeing complaints on Twitter 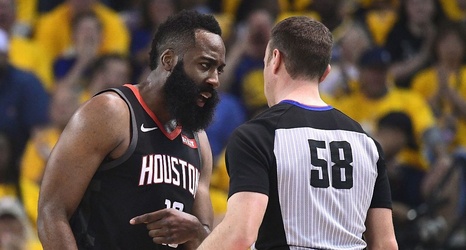 To say the officiating was a topic of discussion during Game 1 of the series between the Golden State Warriors and Houston Rockets Sunday would be an epic understatement. The two teams were called for a combined 45 personal fouls and four technical fouls, and Chris Paul was ejected with 4.4 seconds left. That continued a trend this postseason of things getting testy between players, coaches and officials.

The players on the court weren't the only ones complaining. Multiple players chimed in on Twitter with both specific and general observations.