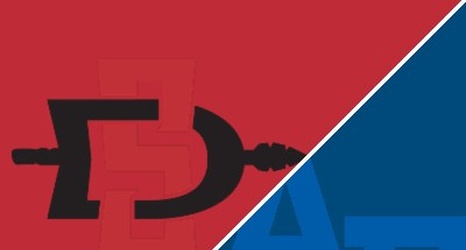 San Diego State led by three at the break and Mitchell drained three 3-pointers and McDaniels dunked as part of a 13-2 surge to start the second half that extended the Aztecs advantage to 39-25 with 17:02 to play.