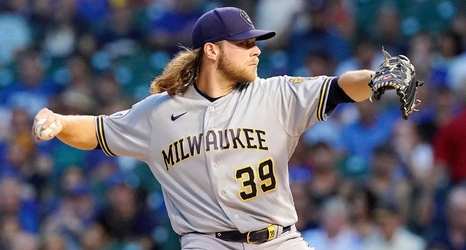 Burnes' record-tying strikeout came in the bottom of the fifth inning, when Frank Schwindel whiffed on an 88 mph slider. Third baseman Matt Duffy broke the string on the very next pitch by singling up the middle.

Burnes shares the record with Philadelphia Phillies pitcher Aaron Nola, who pulled the feat against the New York Mets in June, and Hall of Famer Tom Seaver, who set the mark against the San Diego Padres in 1970.