McQuarley, New Mexico run away from Air Force in 56-38 win 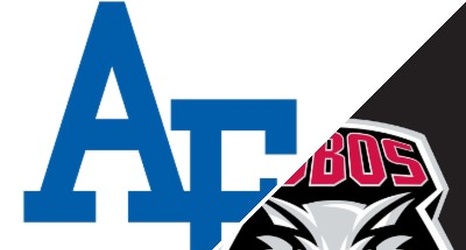 ALBUQUERQUE, N.M. -- Richard McQuarley's five rushing touchdowns tied a New Mexico school record and he finished with 179 yards to help the Lobos overcome a sluggish first half for a 56-38 victory Saturday night over Air Force.

Four of McQuarley's scores came in the second half, including bursts up the middle of 63 and 65 yards on consecutive possessions in the fourth quarter.

New Mexico (3-2, 1-1 Mountain West), which led the country in rushing last season, had just 83 at halftime before exploding for 280 second-half rushing yards.

Arion Worthman threw for three touchdowns and had 90 rushing yards and another score for Air Force (1-3, 0-2).