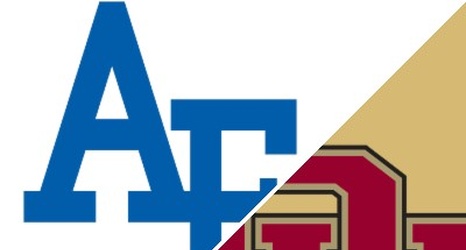 Denver had rushed out to a 27-5 lead to begin the game, but the Falcons (4-3) battled back to trail 38-27 by halftime and kept climbing after the break. Manning rebounded a miss by Denver's top scorer Daniel Amigo to knock down a 3-pointer at the other end and Lavelle Scottie drove for a go-ahead score after Denver lost the ball on its next possession for the Falcons first lead of the game 56-55 with 1:59 to play.