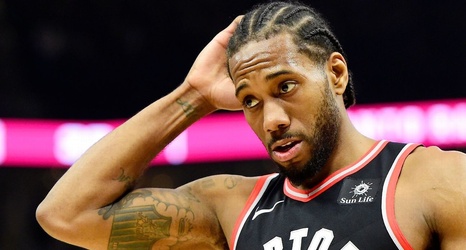 Toronto Raptors star Kawhi Leonard filed a lawsuit against Nike on Monday in the United States District Court of the Southern District of California in an attempt to reclaim control over a logo Leonard says he created.

"In 2011, just after being drafted to the National Basketball Association, Kawhi Leonard authored a unique logo that included elements that were meaningful and unique to him," the lawsuit reads. "Leonard traced his notably large hand, and, inside the hand, drew stylized versions of his initials 'KL' and the number that he had worn for much of his career, '2.