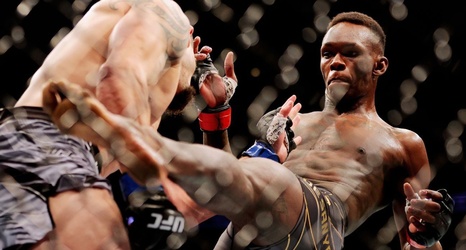 Israel Adesanya defeated Robert Whittaker by unanimous decision to retain his UFC middleweight championship in their rematch Saturday night in the main event of UFC 271 here at Toyota Center.

Adesanya (22-1), 32, made the fourth defense of his title, which he won by beating Whittaker via second-round knockout at UFC 243 in October 2019. He remains undefeated in his career at middleweight, with his only loss coming at light heavyweight in a UFC title fight against Jan Blachowicz at UFC 259 last March.

Adesanya controlled the opening round, dropping Whittaker with a straight left hand and connecting often with kicks to the leg and body.