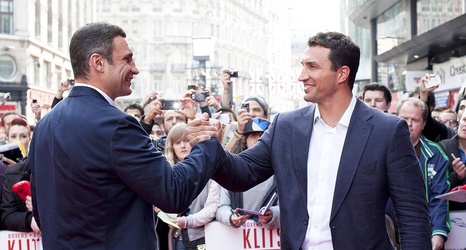 Former heavyweight champion Vitali Klitschko, the mayor of Ukraine's capital, Kyiv, plans to take up arms to defend against Russia's invasion, which began in the early hours Thursday.

"It's already a bloody war," Klitschko, a Hall of Fame boxer, said Thursday on ITV's "Good Morning Britain." "... I don't have another choice. I have to do that. I would fight."

Klitschko, 50, became mayor in 2014, along with head of the Kyiv City State Administration. That same year, Klitschko was a leading figure in the protests against closer ties with Russia. And now, as Kyiv is under siege, along with other regions, Klitschko is again at the forefront defending Ukraine along with his brother, fellow former heavyweight champion Wladimir Klitschko -- who is also a Hall of Famer.