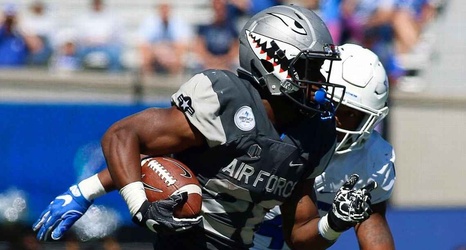 Not all Air Force Academy cadets become fighter pilots. However, Air Force's football team will get to dress like them Saturday against UNLV.

The goal of the uniforms is to "honor the past, present and future" of Air Force fighter jets, according to Chris Miller, Air Force's video coordinator and part of the academy staff who helped design the uniforms.