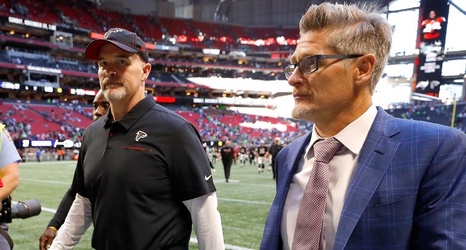 After a 1-7 start, the Falcons have shown dramatic improvement in the second half of the season with a 5-2 record. That includes road wins over San Francisco and New Orleans, two of the top teams in the NFC.

There was much speculation about Quinn's future, specifically after Blank held an impromptu press conference after a home loss to Seattle where he said every aspect would be reevaluated. Quinn made some changes, including moving assistant head coach Raheem Morris from wide receivers coach to defense to work with the defensive backs.