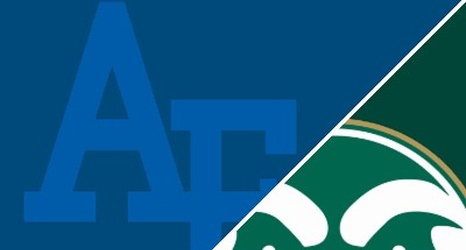 FORT COLLINS, Colo. -- Gian Clavell hit five 3-pointers and finished with 28 points, both season highs, and Colorado State pulled away in the second half for an 85-58 win over Air Force on Saturday to give Coach Larry Eustachy his 500th career victory.

Omogbo sandwiched a 3 and dunk around seven straight points from Clavell during a 12-0 run that made it 47-32 with 15 minutes left.